How to join a university club or society 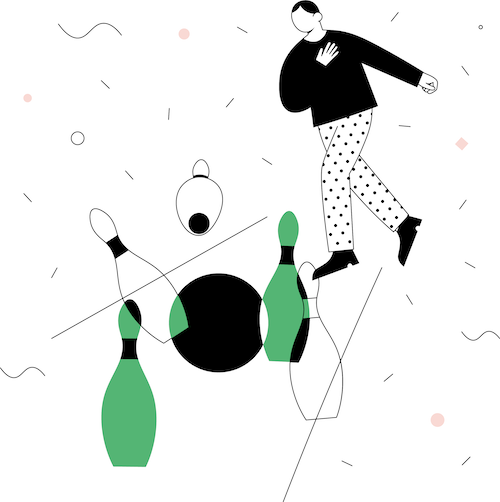 University is a great place to try new activities, such as joining a sports club or society - especially something, you’ve never had the chance to try before. So, how can you join a university club or society?

Most university clubs and societies, are operated by the Students’ Union and run by the students themselves. Each year students in the club elect a President or Captain and a committee, who organise trials and rehearsals, enter competitions and arrange social events.

From theatre to video gaming, and mountaineering to ice hockey, UK universities have a wide range of clubs and societies to meet everyone’s interests. Larger Union’s such as Loughborough, Leeds or Southampton have as many as 300 affiliated clubs, representing thousands of students.

To get an idea of what’s on offer, most Union’s and even some clubs have their own website, with a list of all available activities and contact details for the committee.

📋 Join at the Freshers Fayre

The best time to explore what student clubs and societies your University has on offer, is at the Freshers Fayre. This day long event during Freshers Week, is where every club and society sets out their stall and tries to recruit new members.

You’ll be spoilt for choice, and will likely leave having signed up to a selection of weird and wonderful activities - simply for the freebies, or to escape being pestered. Many activities will take place at the Universities own facilities - others like Ski & Snowboard, Equestrian or Hillwalking may require you to head further afield. Many societies organise international events; none more crazy that Raise and Give (RAGs) annual jailbreak. Jailbreak sees students armed only with a passport and change of clothes, try to get as far from campus as possible, without spending any money. Legend has it students from the UK, have reached as far afield as the USA and Korea - although we suspect most only get as far as the Union Bar.

🏆 Compete in the BUCS Championship

For those wanting a higher level of competition, UK Universities participate in the inter-Uni British University College Sports (BUCS) championships. For most sports, universities will enter multiple teams; meaning that it does not matter if you’re a fourth team hockey player or novice rower, you’ll still get an opportunity to represent your university in local and regional competitions.

In addition to the more formal clubs run by the SU, there are also sports leagues and societies run by the various halls of residence, and inter-faculty clubs and societies. Some faculties like Medicine, even compete in the inter-University MedSoc league.

🤔 How much does it cost to join a university club or society?

Participating in a club or society, usually involves a series of modest charges - the prices are kept low as most are subsidised by the University and Students’ Union. The type of charges to expect, can include an annual Membership Fee or Subscription (subs) - this ranges from £20 for smaller societies to £100 for more time extensive and costly activities. In addition, some sports also charge a match fee of between £3-10 to cover the cost of umpires, food and transport. You will also have to check whether, you need a Sports Facility membership to use facilities and cover insurance - this is often combined in the cost of an annual gym membership.